Mother Plucker: Revenge of the mono-brow

It’s fair to say the first lockdown was difficult enough, so when they announced a second one starting in November, I was devastated.

Another 4 weeks in lockdown. My eyebrows couldn’t take another 4 minutes. My brows had become so lonely in isolation that they had joined together. A mono-brow. Perfect.

I had been getting my eyebrows shaped and tinted at the clinic every 6 weeks or so, opting for definition brows, bold and defined. 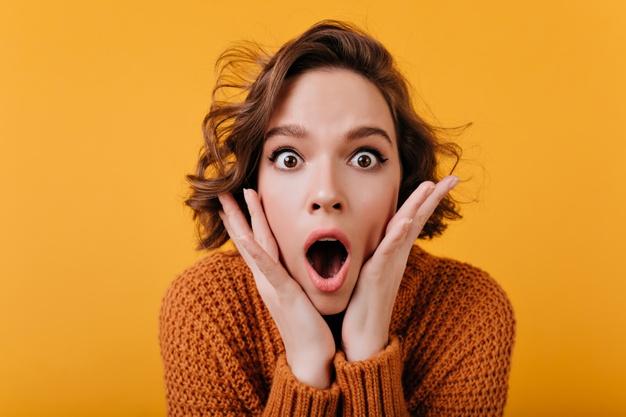 I have always received compliments on my brows, keeping them dark and defined, the shade perfectly matching my hair. My mum, however, always opted for the ‘skinny brow’ 80’s look, even going as far as having them microbladed on in a commitment towards the trend.

My mum had been saying for months that she’d love to do my brows. She claimed to have styled her friends’ brows at university, adamant that she was known as ‘Tweezer Tina’. However, judging by my dad’s laughter every time she mentions it, I had my doubts.

But with my first day at my new job looming, I was desperate.

“Oh, this is amazing Ellie, honestly I won’t let you down!” Mum yelled as she rushed off to get her tweezers.
I sighed.
“I’ve got to catch up on Bake-Off though. I’ve caught up to the semi-final! I wonder if Dave will pull through” my mum said, as she sat down on the sofa, with her old, used pair of tweezers with the logo fading.

I reiterated to her that I DID NOT want much removed, just the stray hairs in the middle, underneath the arch and any general shaping. But she was already humming along to the Great British Bake-Off theme tune. I’d lost her.
She pulled a pillow onto her lap whilst I laid my head down and put my headphones in, trying to relax. I could feel the slight tugs on my brow hairs as my mum got to work, but my songs soon put me at ease. My eyes began to feel heavy…

I drifted back into reality as Paul Hollywood had called time on the first task of the evening.
How was my mum still plucking? My brows must have been worse than I thought. But the pillow was comfy and Ariana Grande’s new album had just come on. I stayed put.

“Dave!! How could you leave it all to the last second? There isn’t enough icing in the world to recover that burnt sponge!”
“Mum?”
“Oh, sorry darling, I finished 10 minutes ago but you were sleeping so soundly, I didn’t want to wake you”.
“No worries,” I said, as I got up to check my eyebrows in the mirror. My mum following behind.
“Do you like them, love? Some of my best work”
“I-I love them. Just what I wanted” I said as I tried to keep smiling.
“Great love, same time again next week?” said my mum, winking as she left the room.

I smiled until she was clear of the doorway. Then frantically unlocked my phone, texting the group chat making plans for the longest video call in history this time next week.

As I stared back into the mirror, my stomach dropped to the floor. Initially, I thought there were two baby caterpillars crawling across where my brows had been. But alas, no. Those were my newly shapes eyebrows. Mum had plucked my brows into tiny one-inch stumps. When I caught a glimpse of them, the caterpillars flew up my forehead in shock. It would’ve been a hilarious sight if it wasn’t my face they were attached to.

Tears tried to fill my eyes but I swept them swiftly away as I took my makeup bag out of the cabinet. I pulled out anything I could find that might be able to save my brows.

Brown liquid eyeliner, three shades of brow pencils, eyeshadows. Anything and everything. I got my laptop out and searched YouTube for a tutorial that I might be able to conquer ahead of my 9 am zoom call with my new CEOs the following morning.

I heard my mum’s footsteps as she went off to bed, praying that she wouldn’t knock. The footsteps faded. Bake-Off must have truly worn her out. Phew!
In the end, I opted for the brown liquid liner to draw the outline and filled it in the shape using pencils and eyeshadows. I used half a can of the strongest setting spray I could find, spritzing it over my brows and hoping for the best. At least the smell was better than my younger brother’s latest choice in cologne.

I didn’t even have time to get in the bathroom. I pulled on my most professional-looking jumper, scraped a brush through my hair, tied it in a bun and ran to my desk, logging into zoom.
About 15 minutes into the meeting, one of the CEOs whispered to their assistant.

Oh no. I spotted myself in the little window at the bottom of the screen. One of my eyeliner eyebrows had trickled down the side of my face.
…

“So Ellie, what have you got for us?”

To see how brow styles have changed through the years, check out our previous blog.

At Hampson Beauty Clinic, we offer a variety of brow treatments, from definition brows to semi-permanent makeup and microblading. Definition brows are the perfect start for clients who have never had their brows done before. This experience includes tinting to your desired shade, waxing, tweezing and threading, leaving you with perfectly defined brows.

To view full descriptions of all our brow treatments, click here.

Book your next brow treatment today or upgrade with one of our exclusive summer beauty packages, click here to book.